More From This Chef »

This information is per serving.

Bologna is one on America’s favorite cold cuts. Then someone decided to fry a slice of bologna for a hot sandwich. The rest, as they say, is history.

Bologna is an Americanized version of mortadella, an Italian cured sausage originating in Bologna, Italy. Their are two main differences between mortadella and bologna. Mortadella has large chunks of fat and is made in sizes up to 18 inches in diameter. That’s a lot of bologna. Mortadella also has black peppercorns and some varieties have pistachio nuts. 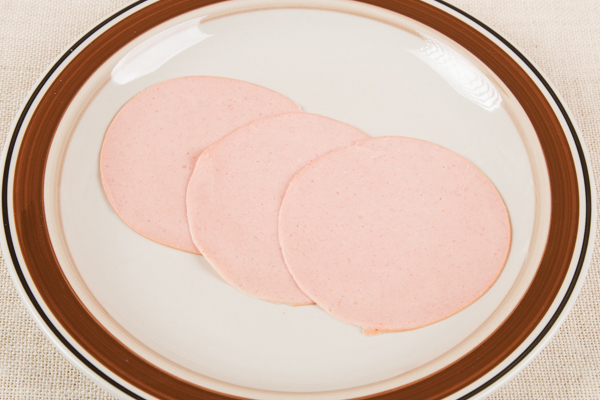 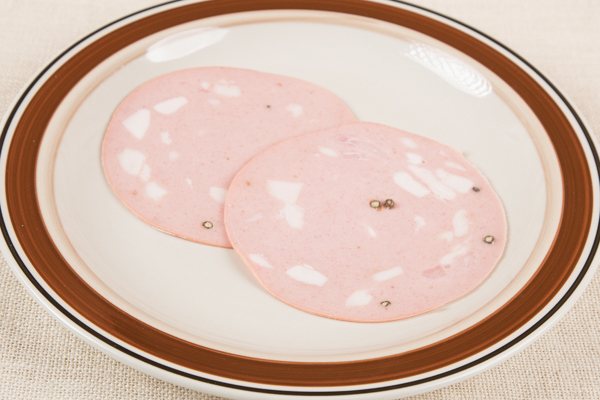 Traditional fried bologna sandwiches are made with butter, yellow mustard and American cheese.

Mortadella, like bologna, can be eaten cold or hot. This simple fried mortadella recipe includes lots of healthy sautéed onions and a low fat Thousand Island dressing. You can omit the onions, if you don’t like onions.

Onions are high in antioxidants and low in calories. Add as much sautéed onions as you like. You can also replace the sautéed onions with caramelized onions for a deeper, richer flavor.

Heat oil in a medium skillet over medium heat, and sauté the onions until soft and begin to brown, about 8 to 10 minutes.

Remove the onions from the pan and fry the mortadella 30 seconds to 1 minute per side or until lightly browned.

Assemble the sandwich by adding the cheese followed by the onions and topped with the mortadella. Spread dressing on top half of the roll or sliced bread.