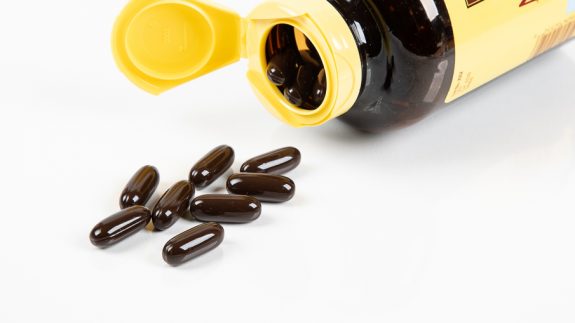 Dietary supplements are a $40 billion dollar a year business in the United States due to lax regulation, and bogus claims to cure anything that ails you.

When politicians campaign about less government regulations, it usually benefits businesses and not consumers. Companies are ready, willing, and able to deceive, lie, and risk your life for a piece of the $40 billion pie.

Here is a brief timeline for the rise and fall of green coffee beans.

2010: AFS hires Mysore Nagendran, a researcher in Bangalore, India, to run a clinical trial of the extract. Nagendran recruits 16 overweight adults to take the company’s extract (in a higher and lower dose) and a placebo for six weeks each (with a two-week break between each of the three six-week periods). The participants are instructed to cut calories and exercise.

2010: Nagendran repeatedly changes the weights of the participants, mixes up when they got the green coffee or the placebo, and changes the final weights of 11 of the 16. He also calls the trial “open label.” That means the participants knew whether they were getting the extract or the placebo, which makes the study worthless. The FTC later concludes that Nagendran’s study either “was never conducted or suffers from flaws so severe that no competent and reliable conclusions can be drawn from it.”

2011: Nagendran is unable to get his study published in a scientific journal. So Applied Food Sciences hires two University of Scranton professors to rewrite the results and present it as their own research. Nagendran gives them two contradictory versions of his data, and he changes the final weights of 6 of the 16 participants. The two professors accept Nagendran’s account and don’t ask to see the raw data.

January 2012: The Scranton professors succeed in getting the rewritten paper published in the journal Diabetes, Metabolic Syndrome and Obesity. The paper claims that participants who took the green coffee extract lost an average of almost 20 pounds, and that 6 of the 16 dropped from overweight to normal weight.

April 2012: Dr. Mehmet Oz announces to his television viewers that “a staggering, newly released study” reveals that green coffee bean extract “may hold the secret to weight loss that you’ve been waiting for.” People who took the extract “lost an astounding amount of fat and weight —17 pounds in 22 weeks—by doing absolutely nothing extra in their day,” Oz marvels. “Could this be the magic weight loss bean to help melt away unwanted pounds?”

May 2012: Less than two weeks after Oz’s show, NPB Advertising, a Tampa, Florida, company, begins using aliases to register websites—with names like coffeebeanstoloseweight.com and greencoffeeweightcontrol.com—to sell free trials of the supplement. It sets up phony news sites like dailyconsumeralert.org, with a fictitious journalist who reports losing 27 pounds with the product. The sites feature clips of Dr. Oz praising green coffee. NPB pays people $200 each to write bogus testimonials about how they lost weight with the supplement. From 2012 to 2014, NPB and its business partners sell more than half a million bottles of green coffee bean extract for $30 to $48 each, grossing $16 to $26 million. (A monthly dose of the extract can be bought for as little as 50 cents wholesale plus shipping from Chinese manufacturers.)

May 2014: The FTC charges NPB Advertising with making “false and unsupported advertising claims,” and with failing to clearly disclose that its news sites and testimonials were fake. The case is still pending.

September 2014: The FTC charges that Applied Food Sciences used its study—which it should have known was fatally flawed, notes the agency—to make “false and unsubstantiated weight-loss claims” to sell its extract and ultimately deceive consumers. The company pays $3.5 million to settle the case.

October 2014: The two Scranton professors retract their paper, without accepting any blame. The FTC “took it apart and found some flaws with a couple of things,” the lead author explains to the Scranton Times-Tribune. “We decided to retract it because there was too much negative publicity.”

October 2014: Dr. Oz announces the retraction of the study on his website. “This sometimes happens in scientific research,” he notes. Oz also removes from the website all footage from his shows in which he touts the benefits of green coffee bean extract.