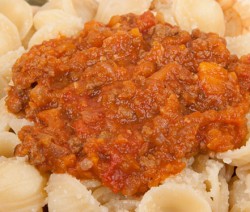 Bologna, Italy not only gave the world one of its most popular cold cuts, bologna (mortadella), but a meat based tomato sauce made with carrots and celery. Who said pasta isn’t healthy? The flavor and thickness of Bolognese sauce comes from simmering several hours to reduce the liquid content and ...

Tomatoes are an abundant crop in southern Italy. Ripe Roma (plum) tomatoes are pureed and made into tomato sauce or halved and placed out in the sun to dry. Flavor packed sun dried tomatoes is a common ingredient in Italian recipes ranging from antipasto to entrees. It you have abundant, ... more 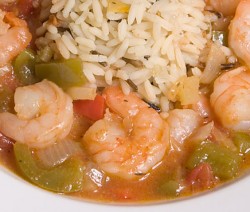 Shrimp Creole is a popular southeastern United States recipe, originating in Louisiana. You can serve Shrimp Creole with or without rice. For variety substitute other seafood like scallops, crab, or fish for the shrimp. Mild or Hot Creole food can be very hot (spicy), but you can control the amount of ...