Top 10 Sources Of Sodium In The United States

By : Daniel | Comments Off on Top 10 Sources Of Sodium In The United States | On : September 17, 2015 | Category : Caveat Emptor, Diet, Dieting, Foods To Avoid, General Information, Sodium

U.S. and some foreign food manufacturers provide American consumers with thousands of high sodium foods. One restaurant meal can provide two or more days worth of sodium. There is no shortage of sodium in the American diet.

Most people love salt. Salt is 40 percent sodium. There are other sources of sodium like monosodium glutamate (MSG) and baking powder.

We acquire the taste for salty foods by the age of 5 months. It’s an inherited trait. Our bodies cannot function without the sodium in salt. But some people are sodium sensitive meaning their bodies cannot remove excess sodium. Sodium cases water retention that can increase blood volume and blood pressure.

A diet of prepared and restaurant foods can overwhelm the bodies ability to remove excess sodium increasing the risk of high blood pressure that in turn increases the risk of a heart attack or stroke.

The American Heart Association and other organizations recommend limiting daily sodium consumption to 2,300 mg for adults under 50 and 1,500 mg per day for adults over 50 or with high blood pressure. These limits are for added sodium not naturally occurring in foods. For example, one cup of milk has about 125 milligrams (MG) of sodium whereas one ounce of cheese can have 400 mg or more due to added salt. 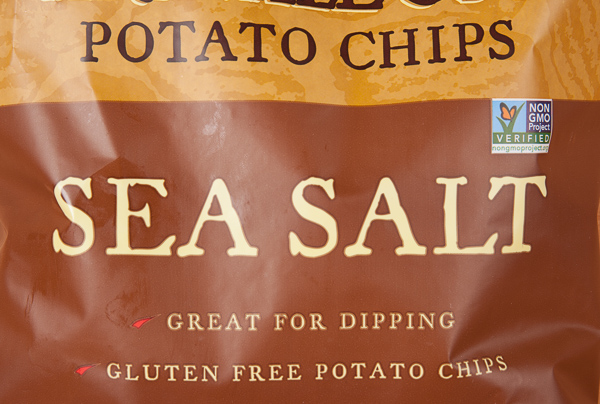 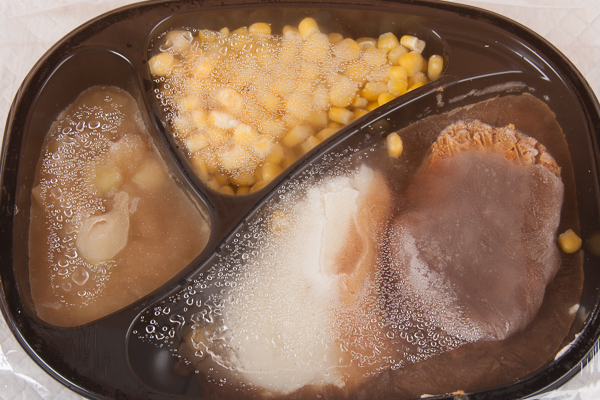 Restaurant and prepared frozen meals can provide 1,000 mg of sodium or more. This hearth healthy frozen meatloaf meal has 570 mg of sodium. That’s not bad until you consider the meal provides only 300 calories. It is more like a snack than a meal. Claim Jumper’s® meatloaf and mashed potato entrée has 1,300 calories and 3,040 mg of sodium.

This category does not include one of the most popular forms of pasta in the United States; macaroni and cheese. The CDC places mac and cheese in it’s own category. 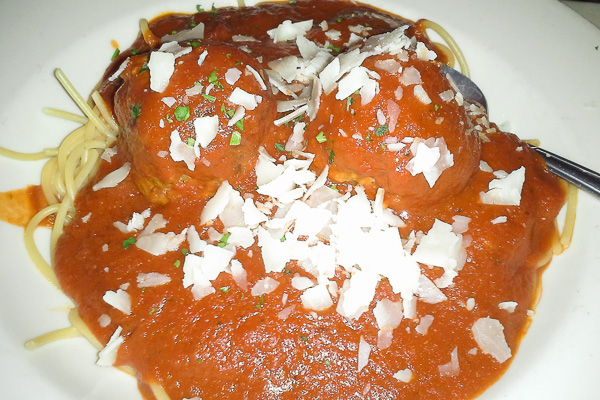 Most dry pastas are sodium free. Sauces and cheese provide over 90 percent of the sodium even when pasta is cooked in salt water. 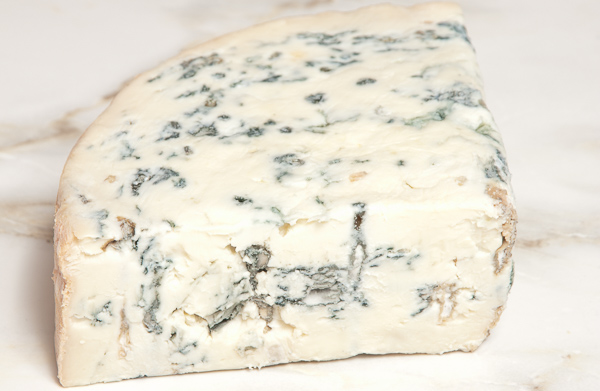 The amount of sodium in one ounce (28 g) of cheese ranges from less than 100 mg for Parmesan and Swiss cheese to over 400 mg for Gorgonzola (pictured) and feta cheeses. Processed cheeses, like yellow American cheese slices, have more sodium per ounce than cheddar and Monterey Jack cheese. Cheese added to sandwiches is a major source of sodium, calories, and saturated fat. 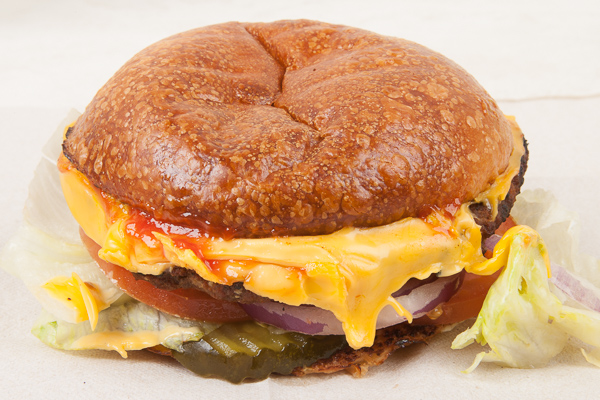 Homemade and restaurant sandwiches are the 6th major source of sodium in the American diet due to high sodium levels in breads and buns, cheeses, cured meats, and condiments. This fast food hamburger has 1,890 mg of sodium. Most of the sodium is added sodium. The current version of this high calorie and sodium cheeseburger, weighing about 4-ounces less, has 1,560 mg. That’s about a days worth of sodium before adding fried potatoes with ketchup. 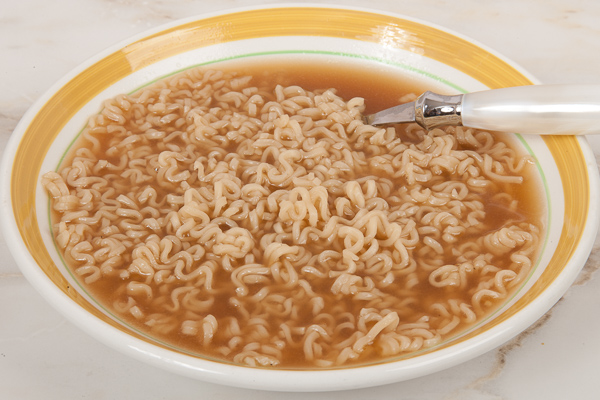 Canned and restaurant soups can be affordable and nutritious, but many are loaded with sodium. Serving sizes range from 1/2 cup to one cup for canned and packaged soups even though most people can eat the entire can or package providing two or more servings. The sodium in one can or package of soup can easily exceed 1,500 mg.

Organic canned soups can have as much sodium per serving as regular soups. 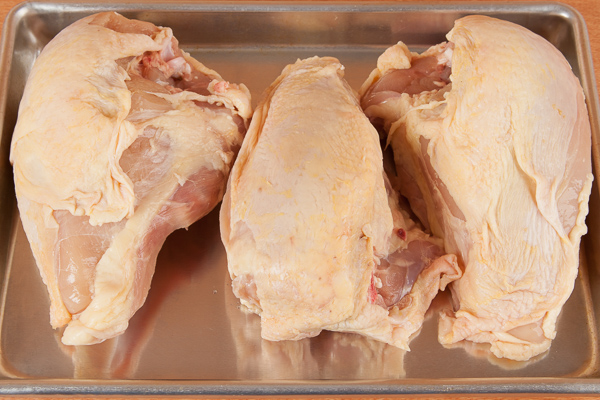 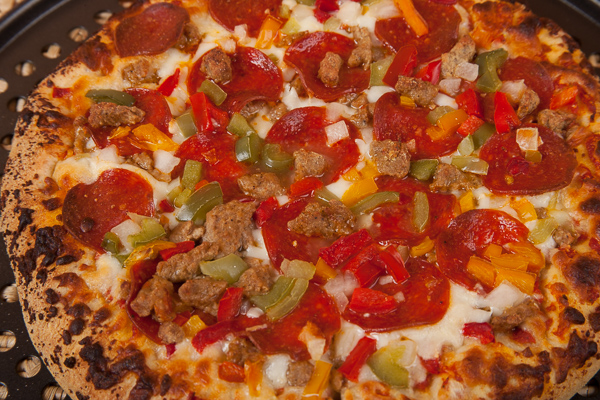 Most of the sodium in pizza comes from the crust, cheese, and cured meats like pepperoni and sausage. Vegetable pizzas generally have less sodium than meat pizzas. Double cheese means double the sodium from cheese. One slice of pepperoni pizza can provide over 1,000 mg of sodium. 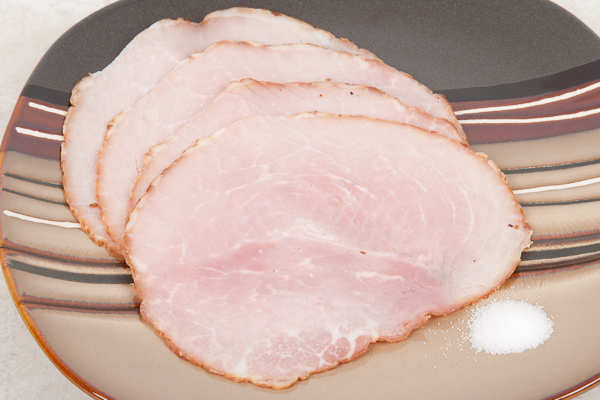 Cold cuts and cured meats like bacon are the 2nd major source of sodium in the American diet. Americans love sandwiches. Sandwiches are easily made at home, and over the past few years bacon has been added to hundreds of foods.

The photo shows the equivalent amount of salt in 1-ounce (28 g) of deli sliced ham. The same is true for deli chicken,  beef, ham and sausages. While packaged sliced meats have nutrition facts labels, deli sliced meats currently do not.

With the growing concern about excess sodium in the American diet, reduced sodium cold cuts and cured meats are now available. Reduced sodium cold cuts and bacon have about half the sodium, but it is still 4 to 6 times higher than fresh meats. Regular cold cuts has between 225 to 400 mg of sodium per ounce. Sandwiches stacked with cured meats are packed with sodium. Would you buy and eat a sandwich knowing it has 3,000 mg of sodium or more before adding fried potatoes or potato chips?

Americans love bread, biscuits and rolls. Bread products are available for breakfast, lunch, and dinner. Some restaurant serve complimentary bread and rolls. This category includes flour tortillas, naan, pita, and other ethnic breads. Whether you buy them at your grocer or have it with your meal, you can be assured it is high in sodium. Over 90 percent of the sodium is from added salt! Home made breads can be virtually sodium free.

The rolls pictured have 450 mg of sodium. Add cold cuts, cheese, and condiments like mayonnaise or mustard and you have a sandwich with 1,000 to 2,000 mg of sodium.

You can also reduce the health risks associated with a high sodium diet by increasing the amount of potassium in your diet from foods or a supplement. Click here for a list of high potassium foods.

For more information about salt and sodium click here.