More and more products are made and marketed with ancient grains. It’s used on products made with quinoa, amaranth, spelt and other grains grown and harvested for thousands of years.

Advocates of ancient grains fail to tell you is that wheat, corn, and rice have also been harvested for thousands of years.

In their whole form, like any whole grain, ancient grains are a good source of fiber, protein, and other nutrients. People who eat mostly whole grains, whether or not they are ancient, tend to have lower risk for many chronic diseases common to western diets of processed, refined grains like white flour and rice.

The problem with processed foods like cereals, crackers, and breads made with ancient grains is that the amount can be so small compared to refined grains that they add very little whole grain to your diet. Eating crackers (like the ones on the right in the photo below) or bread made with quinoa and other ancient grains isn’t the same as eating a cup of quinoa, spelt, or amaranth. 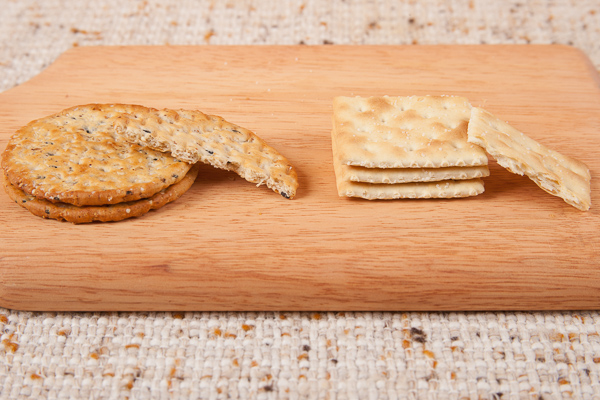 Food manufacturers rely on consumer ignorance. Celebrity diet experts and shame websites designed to mislead want you to believe you are eating healthier buying these products which usually cost significantly more than their refined grain counterparts and have higher profit margins.

The U.S. Department of Agriculture recommends getting half your daily grain from whole grains; about 3 ounces (85 g). Here are some of the most popular and readily available ancient grains in the United States. Some are actual grains like wheat and barley, while others including amaranth, buckwheat, and quinoa are seeds from broadleaf plants. When eaten as whole grains, they all offer the same health benefits reducing your risk for cancer, heart disease, and high blood pressure. Ancient grains eaten whole are also high in fiber. 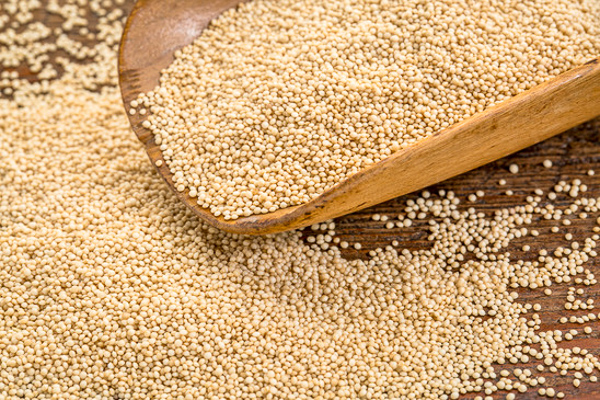 Amaranth is one of the earliest plant foods cultivated by the Aztecs and Incas. It is high in protein and provides a wide range of nutrients including calcium, folic acid, magnesium and potassium. Amaranth is traditional eaten as a breakfast porridge. You can cook it and add it to salads, pancake batter, and soups or serve it as a side dish. 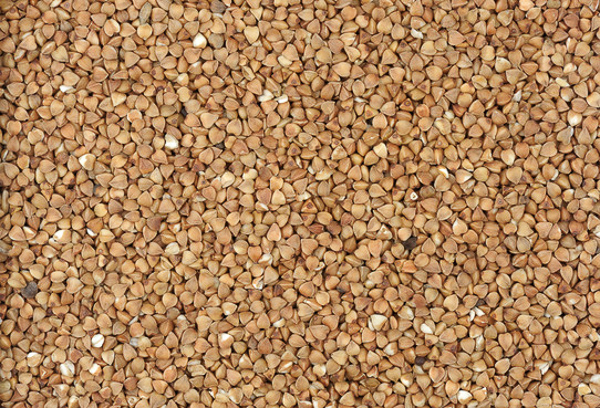 Despite the name, buckwheat is not a type of wheat. Buckwheat is high in protein, calcium, iron, manganese, potassium, and zinc. It is native to southeast Asia and commonly used in Eastern Europe and Asia. Buckwheat flour is used to make a variety of foods including pancakes and soba noodles. The grains, called groats, can be difficult to cook, so carefully follow the directions. Cooked buckwheat can be added salads and side dishes. 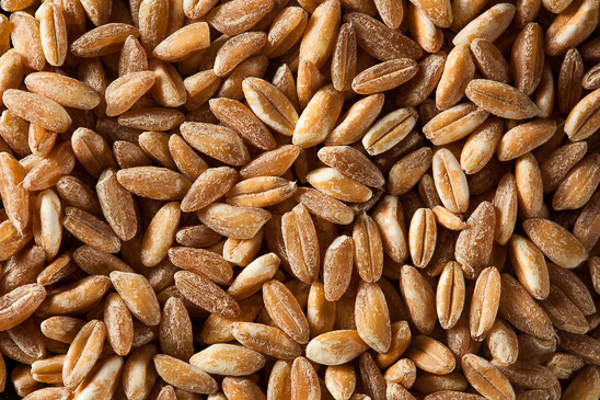 Farro is one of the first crops domesticated in the near East. Whole kernels and flour are high in fiber, iron, magnesium, niacin, and zinc. It can be served in salads, as a side dish, and in baked goods. 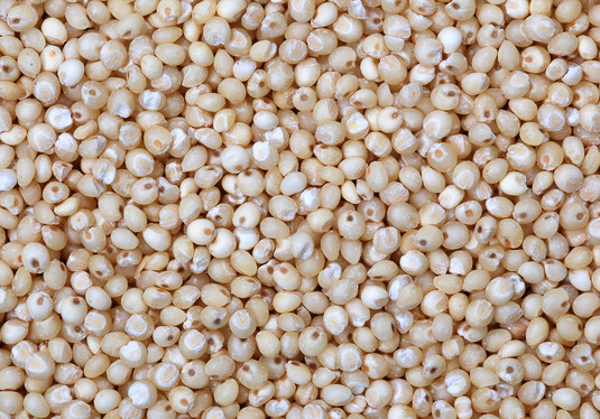 Millet is another one of the earliest cultivated drops and a staple in Africa, China, and India. High in magnesium, whole, cooked millet can be served as a side dish or added to soups. When popped it can be eaten as a snack. Millet flour can be used for baking. 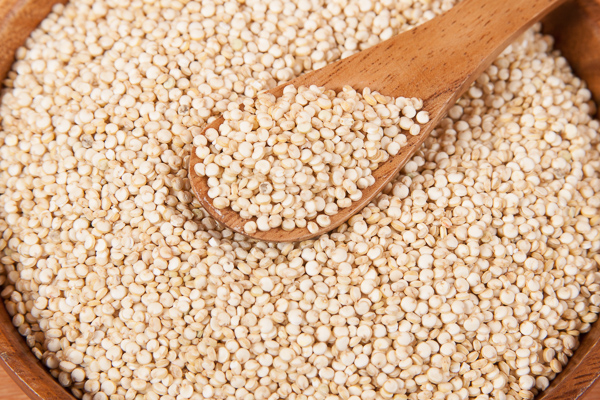 Quinoa is grown in the Andean region of South America. This ancient seed was named the “mother of grains” by the Incas. It provides high levels of complete protein and is high in iron, phosphors, and blood pressure lowering potassium. Quinoa may require thorough rinsing before cooking to wash off its naturally bitter coating. So follow package directions. Quinoa cooks in about 15 minutes and can be served as a side dish or in salads. 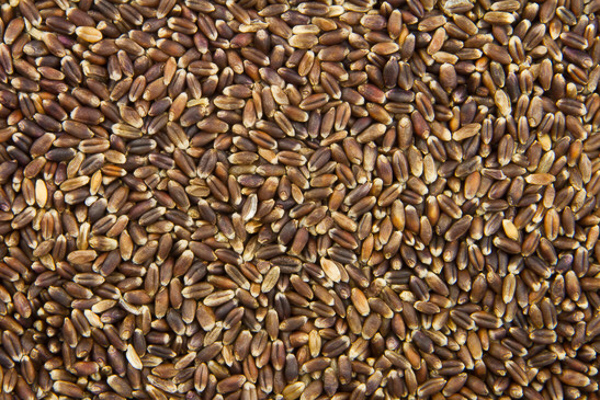 Rye grain doesn’t taste like rye bread which has caraway seeds giving it its distinct flavor. Rye flour is used to make bread and crackers. Rye grains can be served hot as a side dish or added to soups and salads. An overnight soak shortens cooking time. Rye is high in folic acid, iron, magnum, phosphorous, potassium, riboflavin, and zinc. 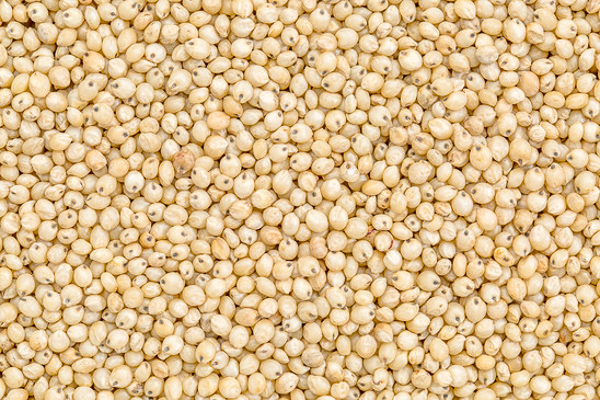 Sorghum is a popular grain in Africa. It is high in fiber, niacin, and phosphorous. In India it is used to make chapatis (a flatbread). In the United States, it is usually ground in to flour for baked goods. 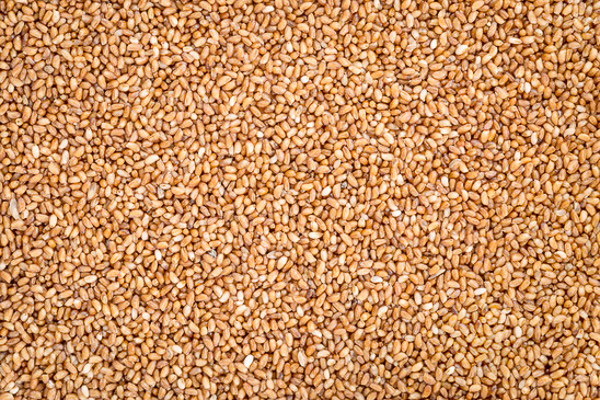 One of the smallest of the ancient grains. Teff seeds can be smaller than a pinhead. Teff is high in calcium and vitamin C. In Ethiopia, teff is ground into flour and made into the soft, spongy injera bread served in Ethiopian restaurants to scoop up food. Teff is also used in crackers and can be sprinkled on salads or added to soups.