Two years ago I wrote a post about supermarket produce areas with Farm Fresh signs implying their fruits and vegetables are fresh off the farm. All produce comes from a farm but that farm usually is not in the United States especially for produce typically concerned “out of season” like melons and strawberries in winter. Large corporations stretch the meaning of farm fresh pretty thin because there are no state or Federal regulations defining farm fresh. A tomato picked green and ripened using ethylene gas. It brings new meaning to “vine ripened tomatoes.” My definition is tomatoes picked after ripening on a vine. For supermarkets it means ripening green tomatoes still attached to a portion of vine.

Bananas are picked green and allowed to ripen. Shipping ripe bananas would result in increased waste due to rapid ripening and spoilage.

Although the calendar says it is April there is an abundance of “jumbo” cantaloupe selling for less than one dollar in the Phoenix area. I’ve grown cantaloupe and they are delicious picked ripe off the vine, but they certainly were not rip in early April.

A trip to the store advertising 89 cent cantaloupe confirmed they were not grown in the United States. In fact, cantaloupe from Guatemala and Honduras were mixed in the same display. Arizona borders Mexico and is relatively close to Central America, but these cantaloupes traveled over 2,400 miles to arrive in Arizona produce isles if they took a direct route. Cantaloupes used to be grown on farms around the Phoenix area. But the farms are long gone. Houses occupy what was farm land. But there was a time you could stop at a fruit stand and buy fresh picked melons and other produce. 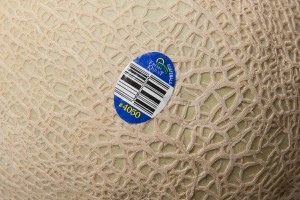 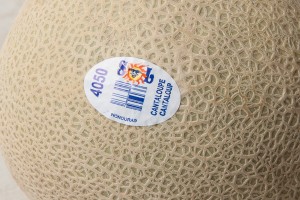 It was obvious neither cantaloupe was ripe. The skins had shades of green instead of yellow/gold and their was no oder of ripe melon. After sitting on my counter for 3 days, they softened and began smell like ripe cantaloupe.

Both cantaloups had very thin skins, but the flavor was bland. There was just a hint of ripe melon. Like they say, “you get what you pay for.” For less than one dollar, I didn’t expect farm fresh, sweet cantaloupe. Both melons were juicier than I had expect for the price paid. 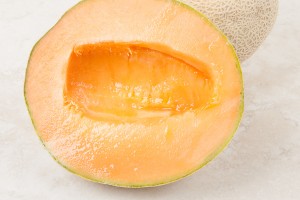 Buying fresh fruit at drastically reduced prices can be hit or miss. A one pound container of strawberries has been selling for less than one dollar at several stores. Some were good, others were bitter, and sill others were on the verge of spoilage. I’ve encountered moldy berries many times.

So are phrases like Farm Fresh and Vine Ripened deceptive and unethical. I believe they are. It deceives consumers into believing they are buying higher quality products then they actually are. The multinational companies fought labeling produce with country of origin. They didn’t want consumers knowing where the produce they were buying came from. Americans have sacrifices quality or low prices and year round availability.