Myth No. 1 Margarine is High in Unhealthy Trans Fats 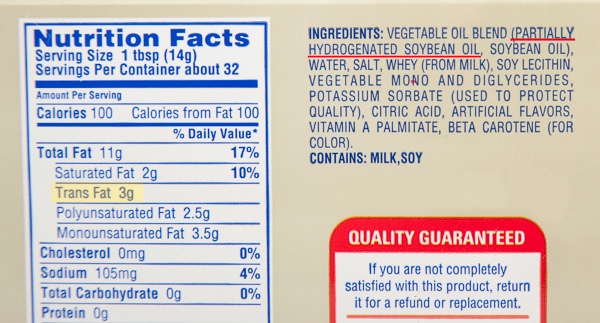 Margarine has fallen out of favor after medical research documented health risks of eating too much trans fatty acids (trans fat) produced by hydrogenating vegetable oils to produce soft and stick margarines.

Both have partially hydrogenated oil which produces trans fat.

It is recommended to limit trans fat to 1 percent of your total calories per day. That is 2 grams per day for a person needing 2,000 calories.

People equate healthy fish with fish caught in a river, sea, or ocean. But the worlds rivers and oceans have been a dumping ground for toxic and agricultural waste for 100s of years. And conventional fishing results in a lot of waste; fish people don’t want to eat. In the United States, there are about 12 popular varieties of fish. Ocean fishing is indiscriminant resulting in the death of millions of sharks, dolphins, and fish with no market value.

Large fish like tuna are also high in mercury.

Farm raising fish reduces toxins and catching other species that are thrown back into the ocean.

Myth No. 8. Soy Can Cause Cancer

Breast cancer is almost nonexistent in Asia where soy is a main source of nurishment.

Soy has been linked to estrogen receptor positive breast cancer, but like other studies using lab animals the animals are given high doses of the food being tested.

The artificial sweetener saccharin is still sold in the United States decades after it was linked to cancer in rats.

Talk to your doctor if you are concerned about soy and cancer.

Myth No. 7. Natural Foods Are Better For You 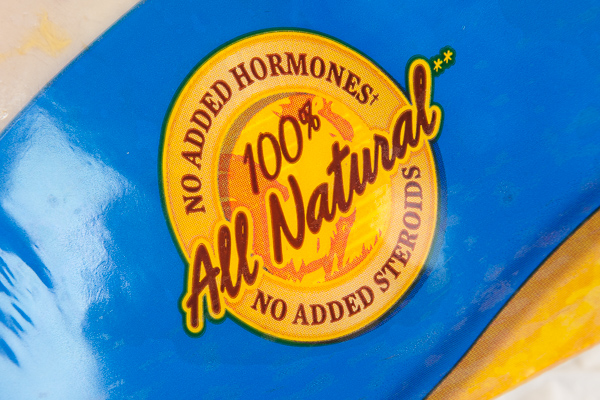 Natural is finding its way into 100s of products. The reason is because food manufactures know people associate natural with healthy. Some people believe products labeled natural are equivalent to organic, preservative free, antibiotic free, or pesticide free. It means none of those things.

Take the label on this package of whole chicken. It clearly states the chicken was raised with no added hormones and steroids. But that’s it. The chicken may have been given antibiotics and raised on GMO feed grown with chemical pesticides.

Unlike organic, there is no Food and Drug Administration definition of “natural.”

Food manufacturers can label any product as natural rendering the term meaningless.

Myth No. 6. Organic Foods Are Healthier 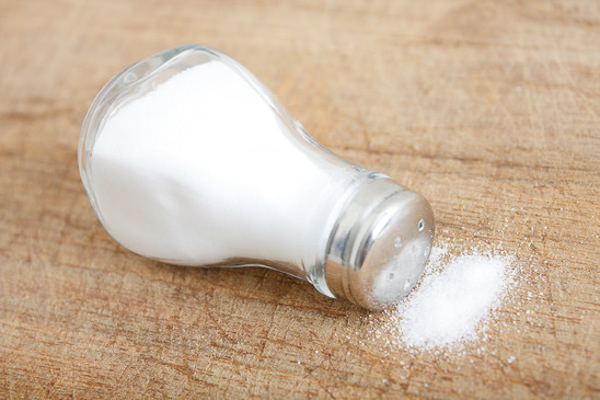 Foods certified as organic are produced with natural fertilizers and pesticides and without antibiotics.

But organic is showing up in a lot places on unhealthy processed foods like potato chips, cookies, ice cream, and crackers. These foods are still high in fat, calories, and sodium.

Manufacturers use sea salt instead of table salt. Replacing table salt with sea salt doesn’t make the product any healthier if both have the same levels of sodium.

Myth No. 5. Fresh Fruits and Vegetables Are Healthier than Canned or Frozen 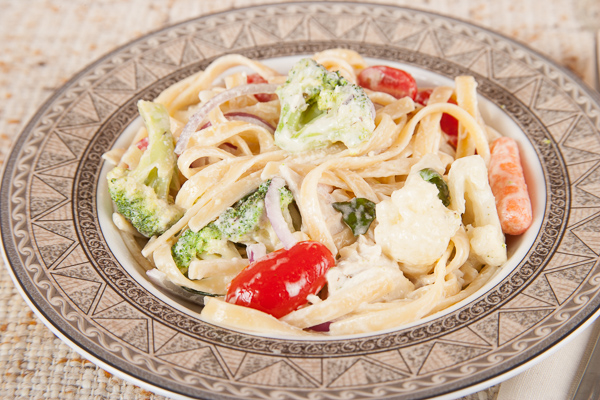 The Fettuccine Alfredo recipe pictured above was made using frozen mixed vegetables and fresh grape tomatoes.

Supermarkets love to label their produce department with large signs proclaiming fresh produce. Is an avocado from Mexico or a cantaloupe from Honduras really fresh? Government regulations allows produce shipped up to 500 miles to be labeled as fresh. Some produce travel 1,000 or more miles to get to your store. Strawberries grown in California are shipped over 2,500 miles to New York. That is a long journey for a delicate fruit.

This is a new myth perpetuated by the Paleo diet people.

But there are no long-term studies showing sugar to be toxic or cause any diseases aside from diabetes.

The problem with sugar, all types of sugar, besides increasing your risk of diabetes, is that sugar in all forms are pure empty calories providing no essential nutrients.

Americas are eating too much sugar averaging 156 pounds (39 four pound bags) per person per year. This includes natural sugars in fruit and vegetables.

Eating too much sugar can cause weigh gain which is linked to many health risks including heart attack and stroke.

A recently published report in a respected medical journal stated there is no risk associated with a high sodium diet and potential health risks with a low sodium diet.

The report has been criticized because the people who died while eating a low sodium diet either had already had a heart attack or were at a high risk of having a heart attack.

The sodium in salt increase water retention and blood volume which increases blood pressure. This can be prevented by reducing salt intake and by increasing potassium in your diet. Potassium has the opposite affect of salt.

Click here for a table of potassium rich foods.

Myth No. 2. Superfoods Are the Key to Good Health 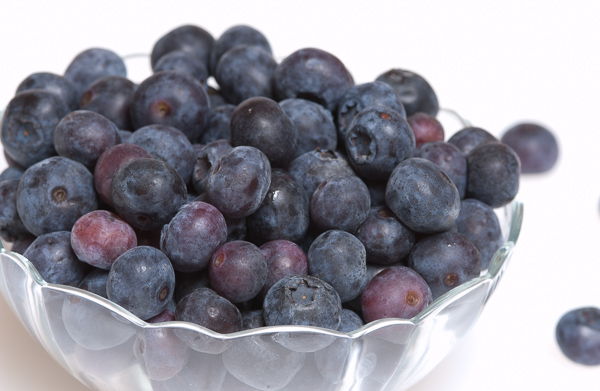 It seems a new “superfood” is introduced every month. Eating super foods produces magical health benefits that will cure everything that ails you.

Some superfoods are high in antioxidants and other anti-inflammatory nutrients.

What looks good on paper may not be best for your body. This has been proven over and over. A published study praises the benefits of a “superfood.” A few years later another study states the food has none of the healing properties.

Your body needs a wide variety of fresh, minimally processed, or unprocessed foods.

Cutting back or eliminating highly processed foods made with preservatives, artificial colors, and flavor are better for you and usually cost less than highly marketed superfoods.

Berries are reported to have several health benefits, but turning the berries into jams, preserves, and pie negate many of the benefits especially when you throw in a long list of preservatives and other manufactured chemicals.

Foods manufacturers have struck a gold mine.

A recent article in the January 2015 issue of Consumer Reports found high levels of inorganic arsenic (IA) in gluten free foods made with rice flour. Inorganic arsenic is a known carcinogen and there are currently no limits for IA in foods.

People with celiac disease who have been on a gluten free diet for years have tested higher for IA.

The Internet makes it easy for anyone to perpetuate these myths. Many have a large following of desperate people looking for a healthier lifestyle or means of losing weight. Some are medical doctors in practice for decades. Some are sincere in their beliefs others are in it for the money. With billions of dollars at stake, it is easy to reduce your moral and ethical standards for financal gain. Who doesn’t want to be a millionaire? 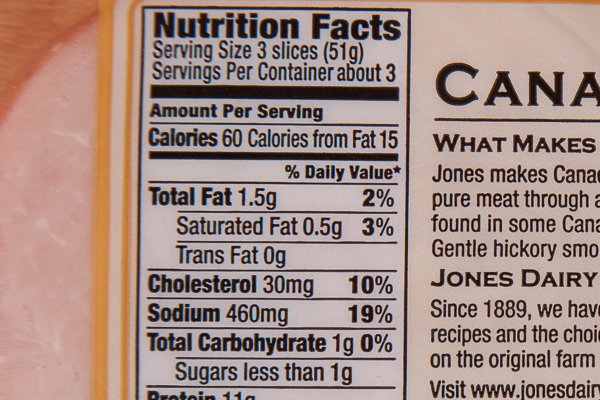 The biggest losers are consumers and people sincerely looking to improve their eating habits and live a healthier lifestyle.

Gluten free doesn’t necessarily mean healthy. Potato chips are naturally gluten free, but they are high in calories and sodium. Bacon is gluten free and high in saturated fat and sodium. Even lean Canadian bacon has 460 to 700 mg of sodium per serving.

Just because a food is labeled gluten free doesn’t mean you are on the road to healthy eating.