Martha Bakes For The Overweight And Obese

By : Daniel | Comments Off on Martha Bakes For The Overweight And Obese | On : September 18, 2015 | Category : General Information

Martha Stuart is one of the most successful and influential women in the United States. She has instructed and inspired millions of women, and has produced several cooking shows for public television.

In the summer of 2015 my local public broadcasting station (PBS) aired Martha Bakes in its Saturday afternoon cooking line-up. The promo ads looked interesting so I decided to watch the premier episode. It was obvious Ms. Stuart still lives in the late 20th century. Here dessert recipes (cakes, cookies, and pies) are guaranteed to add fat to your waist and thighs, increase your blood cholesterol and your risk for a heart attack or stroke. Unlike other cooking shows where the host tastes and praises each recipe, Ms. Stuart demonstrated how to make each recipe (3 to 4 per program) and never tasted a bite. Not even a morsel.

In the first episode I watched about pumpkin, Ms. Stuart took healthy, low-fat, canned pumpkin, and turned it into four high calorie, high saturated fat desserts. The recipes were for:

Each recipe was loaded with nutrition-less sugar. Martha Bakes was sponsored by C&H/Domino sugar. What better sponsor for a show dedicated to sweet desserts guaranteed to send your blood glucose through the roof?

CEO Stuart has the typical food manufacturer/restaurant CEO mentality of giving people what they want not what they need.

Martha Bakes reminded me of the 1960 Galloping Gourmet cooking show by celebrity cook Graham Kerr. Kerr was know known for using lots of clarified butter (high in saturated fat) in his recipes. Following a serious automobile accident and health issues effecting his wife, Kerr had an epiphany and began developing and cooking healthy food.

The recipes in Ms. Stuart’s show clearly revealed she has no concern about the number of calories, saturated fat, or refined sugar carbohydrates in her recipes. Some examples of her disregard for healthy eating included: 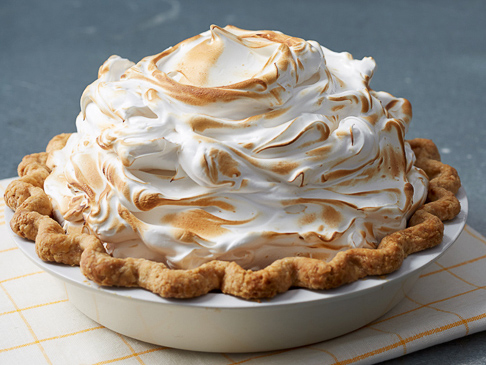 In another episode Ms. Stuart made a banana cream pie. All pies are high calorie, but Ms. Stuart’s 9-inch banana cream pie, which recommended making two so everyone can have 2 servings, comes in at 905 calories for a 1/8th slice. Eating a quarter of her banana cream pie provides 1,800 calories.

But Ms. Stuarts banana cream pie is overshadowed by her Salted Caramel Chocolate Cake. I love chocolate, but I wouldn’t go near this cake. One serving (1/12th cake) of this decadent layer cake provides 1,350 calories. Anyone care for seconds? 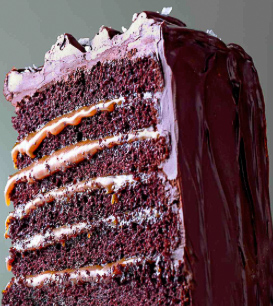 Note: Nutrition information was not included in any recipes for Martha Bakes, and was calculated using the USDA data base.