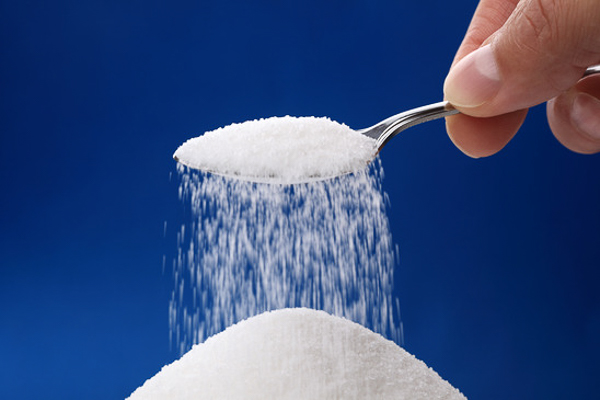 Some Americans have developed a paranoia about refined cane and beet sugar also known as granulated table sugar that they are turning to “natural” sweeteners thanks to unfounded hype by celebrity doctors and heavily promoted web sites.

If you produce an obscure product with possible health benefits all it seems to take these days is a bogus medical study, and heavy promotion by celeb docs and websites praying on fear.

After all, granulated sugar and high fructose corn syrup are evil and should be banned.

If you want to sweeten your food or drinks use all natural agave nectar. The brand shown below is organic, low glycemic, naturally gluten free, non GMO, and from the weber azul. Wow, who could ask for anything more. 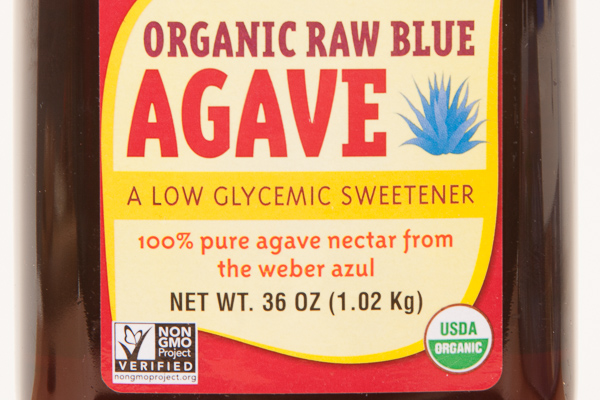 What they don’t tell you is agave nectar is not all natural and provides as many or more calories than sugar. This brand has 60 calories per tablespoon all from sugar versus 48 calories per tablespoon for granulated sugar. Because agave nectar is about 1 1/2 times sweeter than sugar, you can use less of it – which means you can achieve the same sweetness for about the same number of calories. 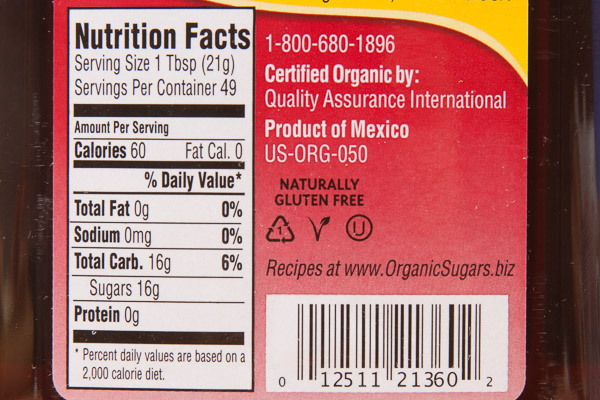 Health-conscious consumers and natural cooks will be disappointed learning that agave nectar is processed just like other sugars, and is no better for you than other sugars unless  you have diabetes.

Like other foods, don’t be mislead by words like “natural”; U.S. food regulators do not legally define the term. It’s left up to manufacturers motivated by profit not public health. Also “organic” and “gluten free” do not automateically mean healthy. Sugar is sugar and nothing but empty calories. 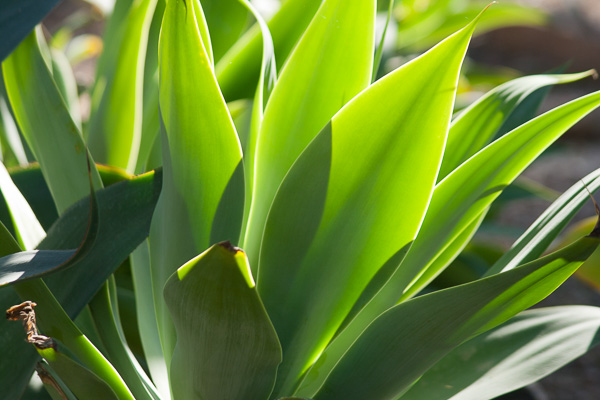 More than 300 species of agave plants grow in the southern United States, northern South America, and the hilly regions of Mexico. Agave nectar has been used for centuries as a folk remedy for its medicinal properties. The Aztecs mixed it with salt and used it for skin infections and wounds similar to nectar from aloe vera plants.

Most agave sweeteners are produced from the blue agave plant. The core of the plant contains the aguamiel or “honey water,” the substance used for syrup production. When fermented, you get tequila. Unlike honey that can be eaten straight from the comb of a bee hive, agave nectar must be processed to form a syrup or nectar similar to maple syrup.

Processing the aguamiel yields a product with either a dark amber or light color, and a consistency much like maple syrup. The light-colored nectar resembles maple syrup or honey in flavor, but the taste can be more delicate. Light agave syrup is a popular sweetener for energy drinks, teas, nutrition bars, and more. Amber and dark agave nectar taste similar to caramel, and can be used like maple syrup on pancakes and waffles.

Agave nectar or syrup is as high as 90% concentrated fructose and the rest glucose. Fructose is a simple sugar that occurs naturally in fruit. But the agave nectar you buy can range from 90% to as little as 55% fructose (similar to high-fructose corn syrup), depending on the processing, says Roger Clemens, professor at the University of Southern California and a spokesman for the Institute of Food Technologists.

Agave nectars high fructose content makes it a low glycemic sugar substitute for people with diabetes since fructose must be converted to glucose before it enters the blood stream reducing blood glucose spikes. But, that’s if the agave nectar purchased is high in fructose. There is no way of knowing how much fructose is in any given brand of agave nectar.

For years there has been a campaign to eliminate high fructose corn syrup, and some food manufactures label their products as HFCS free. So along comes healthy, high fructose agave nectar.

Ideally, you should limit all sugars. Don’t be fooled by unsubstantiated claims for “healthy” sweeteners.