5 Ways For Eating Healthier On A Budget 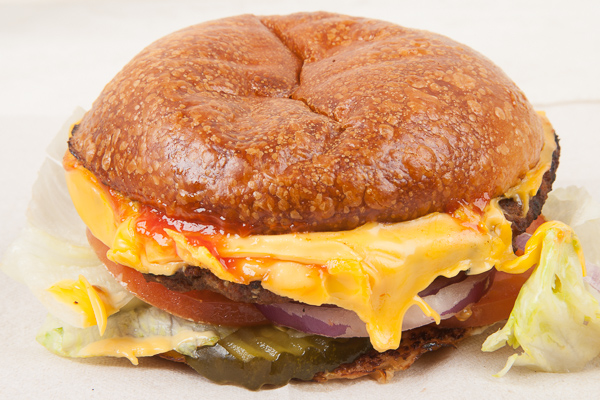 “Our objective has never been to tell people what to eat, but to serve them what they want to eat.”

The above quote by Andy Puzder sums up the attitude of the food service industry. We will sell consumers what they want even if it kills them. The industry has no moral or ethical objective to sell healthy, nutritious food. After all, it one company doesn’t sell you garbage another company will. It’s all about money and making investors happy. If suddenly consumers stopped buying junk food, the industry will change to supply what they want.

For decades, food service industry has also convinced millions of Americans that eating out is more cost effective than home cooking. Their rationale? Time is money. You don’t have to:

You’ll save hundreds of hours per year which you can devote to making more money by:

You will have more time to surf the Internet, maintain your social media presence, watch streaming videos, etc. You get the picture.

What the food industry marketing gurus deemphasized was the additional disposable income required to eat or buy processed foods once a day let alone two or three times per day. The cost can add up to tens of thousands of dollars for a family. Not an easy task if you are working for minimum or low wages.

If you’d rather put an extra $2000, $5,000 or $10,000 per year into your retirement account instead of in investors pockets, here are 5 easy ways to save thousands on your grocery bill and dining out, and eat healthier on a budget.

Retail food sales is a very competitive business with some markets saturated with traditional supermarkets, supercenters, and warehouse stores. All offer advantages and disadvantages.

Many supermarkets run weekly adds selling some items below cost (loss leaders to get you into the store), but not everything in their flier is necessary on sale. Also beware of gimmicks like 10 for $10. It really means $1 per item, but they hope you’ll think you need to buy ten items to get the “special price.” Requiring people to buy multiple items at a sale price is illegal in most states.

Supercenters usually have everyday low prices and occasional mark downs, but that doesn’t mean you’ll save money overall. It depends on what you typically buy. Dairy items at a local Walmart supercenter usually cost less, but produce prices are much higher and many come from Mexico and South America like other stores.

Warehouse stores have everyday low wholesale prices (with small markup). They can do that by charging membership fees and sell large quantities which may be too big for some people. It’s no bargain if you continually throw out food you can’t eat before it spoils.

Most wholesale warehouse memberships are now open to most people. For about a dollar per day you have access to 1000’s of items at 5 to 15 percent above wholesale price.

For food items, sizes have gotten bigger over the years and many are highly processed foods. But you also have access to fresh vegetables, meat, and poultry, and more organic foods are being sold at reasonable prices

If some sizes are to large for you consider splitting it with a friend. Some items like  crackers and cereal have several sealed packages or boxes a box. Ketchup and other condiments many be sold in 2 or 3 unit multipacks. Some items like pasta and rice have a long shelf lives, but sharing helps reduce membership cost and food cost.

Fresh produce sold by supermarkets and other retailers isn’t the farm fresh produce they’d like you to believe.

Out-of-season produce is imported from Mexico and South America. Some items, like bananas have always been picked green and stored under special conditions until by are ready for shipping.

Most “fresh” fruits and some vegetables are not picked at peak maturity due to their fragility. An ad may boast about sweet and juice fruit while in reality they are bitter and dry.

Frozen and canned fruit is picked at peak maturity so you get flavor that’s usually superior to fresh. Frozen fruits are not packed in syrup and lower in calories. Frozen vegetables usually have no added salt.

Spoilage can quickly eat up your food budget if you are trying to eat healthy on a limited budget.

Frozen and canned foods bought on sale will last months or years. Long lasting fresh fruit include, apples, pears, and citrus. A green avocado takes several days to ripen at room temperature. You can slow down the process by refrigerating them.

You can also consider making your own jams or canning.

Number 1 – Cook or Prepare Your Own Meals

Millions of Americans realized during the 2008 recession that home cooking cost far less than dining out. Thousands of restaurants discovered the same thing as customers stayed away causing many highly leveraged restaurants and even some popular chain restaurants to close or file for bankruptcy.

As thousands of fast food and casual restaurants sprang up on just about every street corner, and Americans began working longer hours to make ends meet, it was easier to pop in for a quick meal instead of cooking especially for singles and working couples. Cooking for one or two people seemed like a waste of time when you can be doing so many other useless things or spend long hours at work increasing anxiety and stress. The 2008 recession blew the “it costs less eating out” theory out of the water. As I pointed out above, home cooking can save you thousands of dollars per year. The savings can easily pay for a dream vacation.

There was a time you didn’t know how to walk, talk, or use the potty. But you learned. It is the same with cooking. There are thousands of simple, healthy recipes.

Begin with baby steps. As you realize how well you can eat, and the huge cost savings cooking is no longer a chore but an enjoyable part of life.

Home cooking, using minimally processed ingredients, also puts you in control of what you eat and your health.